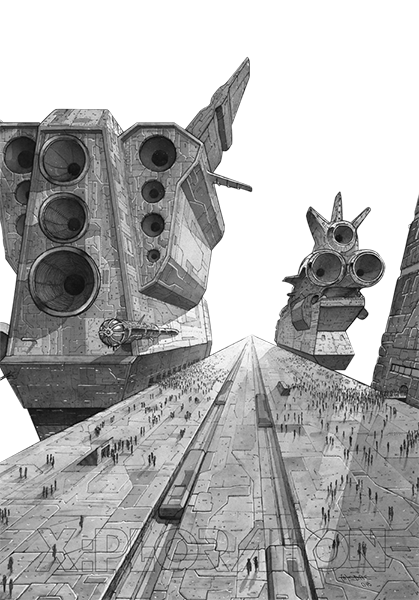 There is a lot of talk at the moment about the current electro-revival, in which the thick snare drums retake supremacy on the dance floor from their niche existence. But is not it much more that the relevance of a constantly changing genre since the early 1980s has been neglected for too long, eking out a shadowy existence? Both Luxus Varta and Quadratschulz drew their inspiration for their current musical portfolio from previous projects as a quick-fiddle part of this scene. The former was the collaboration with the Motor City Techno / Electro-Duo Detroit Grand Pubahs, whom he worked along side as a drummer on several albums. Quadratschulz, on the other hand, comes from the hip-hop scene, whose roots pierce straight through his earlier tracks on the Analogue Cheese 12”. The common denominator in this case is the renowned Dutch electro label Spirwrec, on which both acts contributed a record last year. Luxury Varta becomes extra-spherical on Aquamarine Puzzle and even brought his former source of inspiration Paris The Black Fu of Detroit Grand Pubahs on board. Quadratschulz delivered his debut album with WW303. Acid, Electro-vocals and Synthwave Chic determine the proceedings. The two liv-eacts will be supported by Hinode, Tred and Axiom as well as the Clear Memory Crew from Leipzig.

Back to the events
Do you have an issue?
Write us here
Filming on the R.A.W. site?
Photo / Filming permit