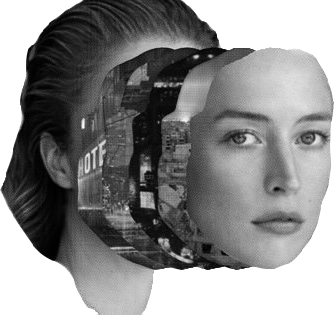 The Rome born co-founder of CRS Recordings Conrad Van Orton will be hosting the upcoming Rituals Night.
He committed himself to electronic music several years ago and through his gig at Borderline Festival in Rome, Conrad discovered the experimental and abstract aspects of music which made him identify his true musical personality in techno and minimal techno. In recent years, his productions have found a place on labels such as Dynamic Reflection, PoleGroup, Attic Music, and several others.
Furthermore he released a 6-track EP on Developer’s Modularz with his longtime friend and label mate VSK.

For the forthcoming Rituals he has brought two very special artists on board who also represent his idealism for techno: With their indie and rock background and their shared joy for experimenting with music and composing, Andrea Vallisneri and Andrea Casaris founded the project VII Circle: A unit that creates a unique form of music production, with dark and hypnotic notes that come from two very different approaches to music and sound. They have also released productions on their own label Rapid Eye Movement. While the/their live act will be unveiled at the proper time, the DJ voyage rests within the hands of Andrea Vallisneri.
The Berlin-based and originally Italian artist Velvet May characterizes his sound through textures of EBM, post-punk, industrial, and techno. His debut EP was released on his own label Tears On Waves, and received support from artists like Ancient Methods, Phase Fatale, Paula Temple, and many others.